On September 23, 2016, Google officially announced its release of the Penguin 4.0 updates as a part of the core algorithm. In Google’s Webmaster statement, they said Google relies on 200 different clues including PageRank, keywords and content on your website, the newness of content, and your geographic location. Penguin is a signal itself that originated in April 2012.

The Google Penguin update is aimed at de-ranking websites that use spam, keyword stuffing, and linking schemes to boost a website’s rank. Such tactics are described as “black hat” SEO. These are essentially loopholes in Google’s algorithms that people have found an exploit to boost rankings. Eventually, Google get’s wise to these tactics and updates such as Penguin send these websites down the results pages. “White hat” search engine optimization in comparison is abiding by Google’s Webmaster Guidelines by optimizing a website’s page load speed, optimizing for both mobile and desktop, as well as providing excellent content that is user-friendly. These not only benefit Google as a search engine but also users who are searching for information.

In the Webmaster statement, Google says “Penguin is now real-time.” In the past, Penguin used to be an update that would occur in waves which meant if a site was penalized by this signal, it would have to wait until the next wave of updates for the penalty to be removed (if it was fixed). Real-time means this data is refreshed the instant the website is re-crawled by GoogleBot. The statement also said that Penguin is “more granular” now focusing pages and their ranking rather than an entire site. This does not mean entire sites will not get hit by Penguin but it looks as if Google is focusing their efforts to be more specific with what this signal effects.

This update should benefit those that use industry standard best SEO practices and legitimate businesses who regularly update their website. If your site was hit by Penguin then a professional SEO company like http://alexfurfaro.com  can make the necessary changes to remove the penalty and restore rankings fairly quickly. This also may allow SEO’s to be a little more aggressive knowing this penalty specifically can be removed instantly. Overall Google rankings have been moving much slower in the last six months so this definitely looks like a positive update for SEO.

AlexFurfaroSEO
Alex Furfaro SEO Consulting is a leading search engine marketing service based in the Columbus, Ohio region. By creating a digital fortress around your website, our methodical strategy creates long lasting results. With a mix of industry standard best practices and options that are advanced and out of the box, I've had deep success ranking in some of the most competitive environments. I grew up in a family-owned business and experienced first-hand the value of your word and a handshake. After success in the engineering world managing multi-million dollar projects, I discovered my passion for entrepreneurship in Search Engine Optimization. My technically difficult engineering background blended with my family business upbringing is a unique mesh of experiences that is one of a kind. I embrace both past and present to be a genuine, hard working small business while creating the leveraged success of a Fortune 500 corporation. Visit my website today for your free video analysis. http://alexfurfaro.com/columbus-seo/
Recommended Posts 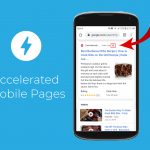