Columbus is vibrant sports town dominated by the beloved Buckeyes. Ohio State University is the big dog in town but Columbus’ other teams are ones to be reckoned with. The Buckeyes, Crew SC, Blue Jackets,  Columbus Clippers all call Columbus home and all have their die hard fans. Here’s a brief run down of Columbus sports.

Without a doubt the biggest team in town is Ohio State Buckeyes Football. The OSU Football team plays at Ohio Stadium, better known as “The Horseshoe” right off of Woody Hayes Drive. The Buckeyes and coach Urban Meyer won the first ever College Football Playoff National Championship 2014 and another BCS title back in 2002 under Jim Tressel. Previous championships were won by legendary head coach Woody Hayes in 1970, 1968, 1961, 1957, 1954, and the first by Paul Brown in 1942. 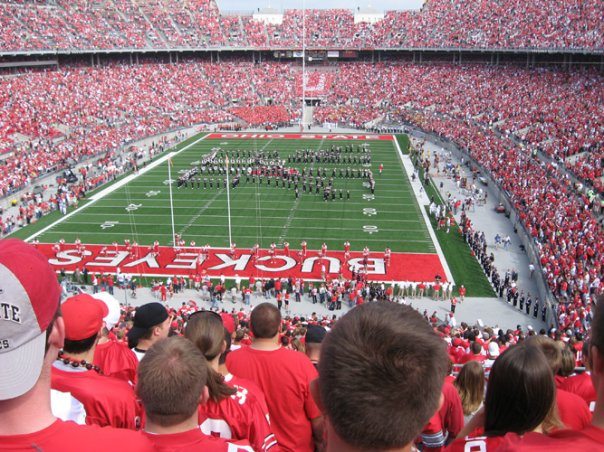 An Ohio State football game is an event like none other on the planet. On game day Saturday, Ohio State is a sea of scarlet and gray with people flooding the campus from all over the state. Ohio Stadium has capacity of nearly 110,000 but this is just a drop in the bucket of the actual number of people on and near campus during game day. Every bar and restaurant in is filled to capacity, thousands of house parties, people walking the streets and even walking their dogs dressed in Ohio State gear. Everyone gets involved, even the police, for safety. Local police direct traffic all day on Lane Avenue as they shut down driving lanes to allow the flooded sidewalks to overflow into the street as thousands walk toward Ohio Stadium. Along Lane Ave. merchandise tents and local food trucks sit with every type of food and Buckeye gear imaginable. Buckeye jerseys, tee shirts, hats, footballs, sunglasses,  chairs, bottle openers, bobble-heads, buckeye necklaces, jewelry, bandannas, and dozens of items mocking the terrible team from up north.

Maybe one of the greatest parts about being on campus is the unity. Thousands bleed scarlet and gray and are passionate about the team. At any point in the day if you yell “O-H,” you’re likely to at least get a dozen “I-O’s” back in response. Everyone dressed in their colors, everyone is there to have a good time and watch the Buckeyes win. It’s definitely an experience like none other.

The Ohio State Men’s Basketball team is overshadowed but they’ve had their success as well. They’ve had many regular season Big Ten and conference tournament championships but their lone National Championship back in 1960. 2007 was the Buckeyes last chance at a National Championship making it the finals but eventually losing to the University of Florida.

The Columbus Crew play second fiddle to the Buckeyes but have a rich history of their own in Major League Soccer. The Crew was one of ten original members when the MLS was formed in 1994. They have won a single MLS Cup in 2008 but held regular season records in 2002, 2008, and 2009. The Crew have past great players such as Frankie Hyduk, whom won a championship in 2008 and played for the Men’s US National team in years 1996-2002.

The Columbus Blue Jackets are the City’s NHL team that play at Nationwide Arena downtown in the Arena District. The franchise began in 2000 whom replaced the Columbus Chill, a minor league hockey team. The Jackets have had a rough past with only a few playoff appearances in franchise history. They have yet to make it out of the first round of the playoffs.

The Jackets have had notable players such as Rick Nash, Adam Foot, Jeff Carter, Brandon Dubinsky, and Sergei Bobrovsky. The team has had bad luck trading away star players where they have had success elsewhere. The team has made a number of coaching changes in hopes to move forward to the future and a better team. 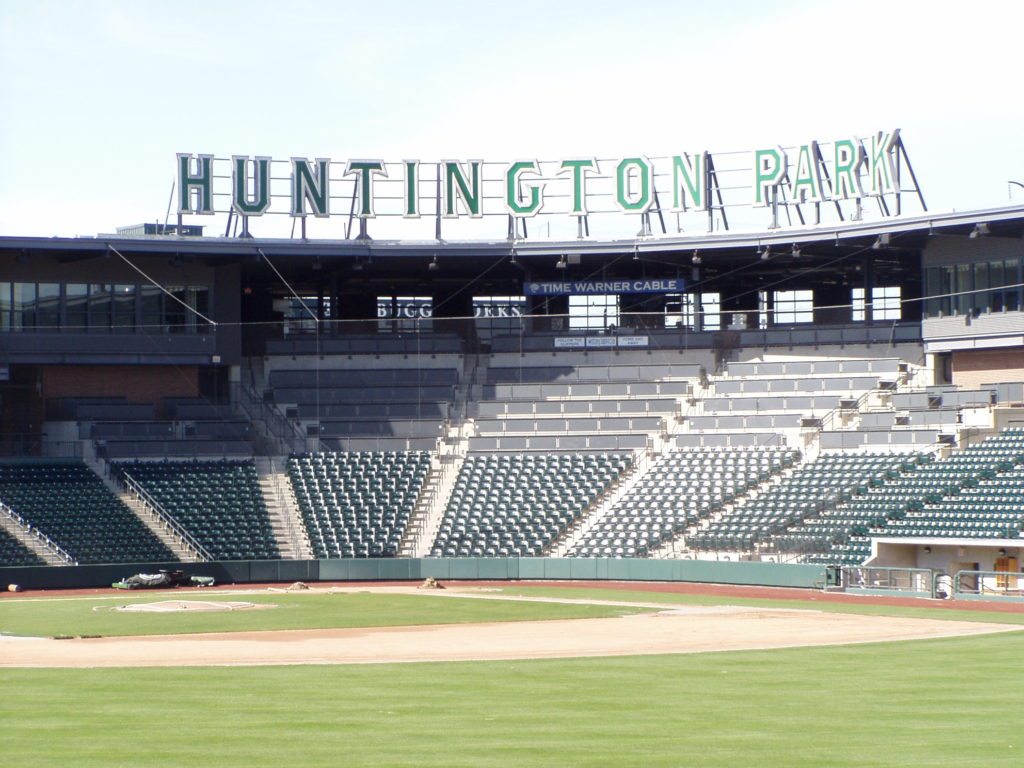 The Columbus Clippers are the minor league Triple A team for the Cleveland Indians. They’ve had a very rich history of

winning triple A titles including 2015 and back to back championships in 2010 and 2011. The Clippers play across the street from the Blue Jackets at Huntington Park. The stadium was voted the #1 new park in the country in 2012. Prior to Huntington Park the Clippers played at Cooper Stadium or it was better known as “The Coop.” In recent years Clippers players such Michael Brantley, Carlos Santana, Grady Sizemore, Carlos Carrasco, and Jason Kipnis all moved up to the Majors to play for the Cleveland Indians.

Prior to 2008 the Clippers we a farm team for the New York Yankees for 28 years and briefly with the Washington Nationals for 2 years. Yankee greats such as Derek Jeter, Mariano Rivera, Andy Pettitte, and Jorge Posada all played for the Clippers. Surely those players were a part of the reason the team won 3 championships between 1991-1996.

The Memorial at Muirfield Village Golf Course has been an excellent tournament in Dublin, a suburb of Columbus, for nearly forty years. The Memorial is only one of five tournaments on the PGA Tour that is an invitational tournament which means, outside of the four major tournaments, only the best golfers in the world are invited. Jack Nicklaus designed the prestigious Muirfield Village in 1974 before hosting its first tournament. Since then only six players have been lucky enough to win the tournament more than one time including Jack, himself, and Tiger Woods. 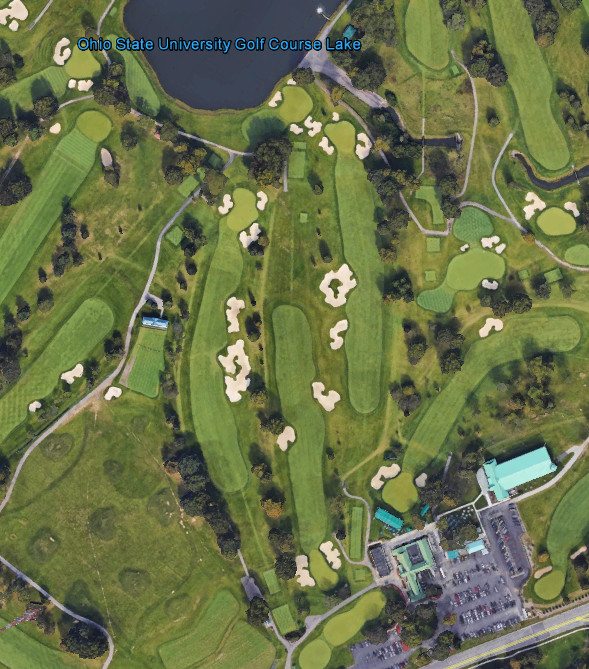 The Web.com golf tour also has a stop in Columbus, Ohio. The Nationwide Childern’s Hospital Championship tournament at The Ohio State University Golf Club, Scarlet Course has been running since 2007. The tournament is a smaller local event but is crucial for future PGA Tour pros. The tournament has always been a favorite of the players and is one of the best courses they play all year. In 2013 the tournament moved from being a tournament among many in summer to the last tournament before the championship in September.

Golf legend Jack Nicklaus redesigned The Ohio State University Golf Club, Scarlet Course in 2006 after it was rated as one of the top college courses in the nation. The course was overhauled redesigning fairways and shaping bunkers to provide difficulty and much needed character to the course. In fact, between holes 1 and 10 Jack design 3 bunkers in shapes of O, S and U for Ohio State University. Can you spot it?