Columbus is the state capital of Ohio and located centrally within the state. It is the largest city in the state with a population north of 800,000 and growing. Columbus itself ranks as the 15th largest city in the United States estimated by the U.S. Census Bureau in 2015. In an article by The Columbus Dispatch, a local newspaper, in March of 2016 Columbus is said to have a metro area population that has eclipsed the 2 million mark which would rank as the 32nd ranked in the country and 3rd in the state of Ohio. The Columbus metro area is growing faster than its surrounding suburban counties, which is atypical to most US cities. According to the same U.S. Census data, Columbus is 61.5% White, 28.0% African American, 5.6% Latino or Hispanic, 4.1% Asian, and 0.8% combined of other races.

Columbus diversity has been a draw for many national brands to identify Columbus as a National Test Market. Test markets are said to be a microcosm of the United States, meaning a market that most resembles the country as a whole. According to WalletHub, Columbus ranks number 4 based on their scoring criteria. Many national brands such as McDonald’s, Wendy’s, Starbucks, Tim Hortons, Giant Eagle, and others use Columbus to test new products to see if they are viable before going national. TV network CBS filmed a story in 2013 recognizing Columbus as the test market of the United States.

Much of the diversity in Columbus in part to its institutions of higher education. Columbus is home to manycolleges including The Ohio State University, Columbus State Community College, Franklin University, Capital University, Otterbein University, and Columbus College of Art & Design. Ohio State is among the largest universities in the United States and has continually ranked in the top 10 for enrollment. The school is very diverse in it’s population and it’s degree types as seen in the Ohio State Enrollment annual report. The university has a large population of international students which account for nearly 10% of the school with 6100 students of a total 65,100 in 2015. Ohio State’s three largest degrees were 26.0% Arts and Sciences, 19.3% Engineering and Architecture, and 10.0% Business. 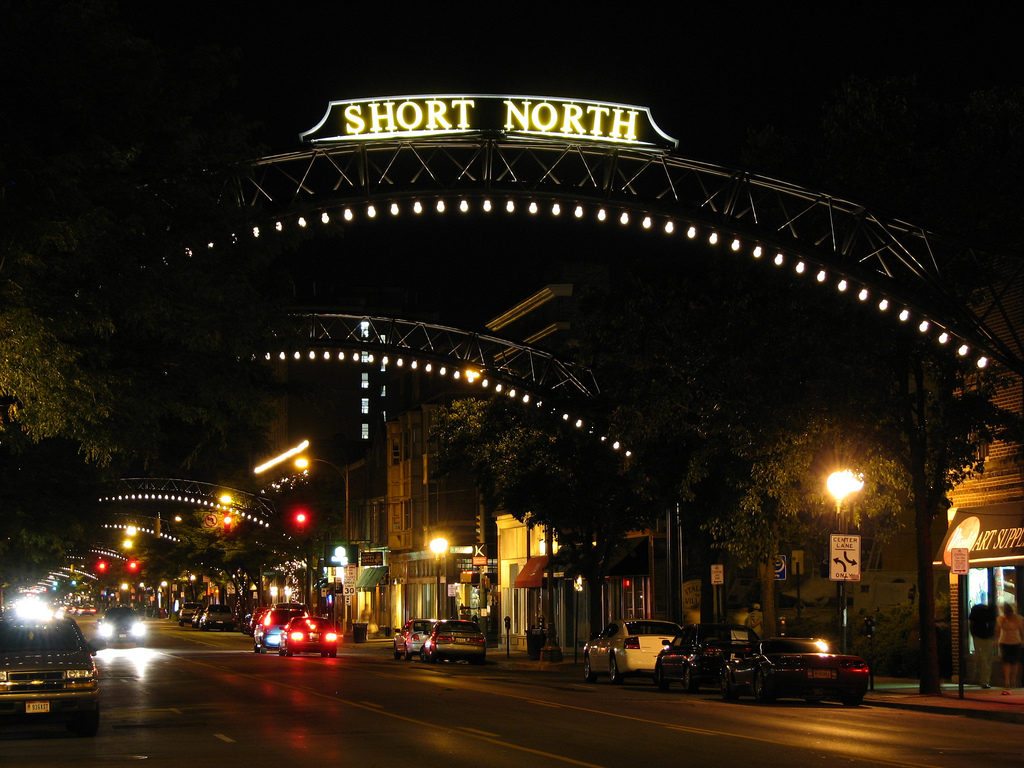 The Short North district is an interesting blend of diversity within Columbus. The Short North is home to many eclectic shops including local cultural art galleries, vintage clothing stores, coffee shops, antique stores, and a variety of excellent restaurants and bars. At night, 17 steel arches cross High Street light up from Goodale to Fifth Avenue giving the Short North District a unique flair and an old town feel.

Columbus is also host to a large LGBT community as the 15th largest in the United States according to a Gallop poll in 2015. There are a number of bars located in downtown and in the Short North district that are known to be Gay and Lesbian friendly. Columbus Pride Parade is a grand event that closes down High Street every June since 1981. The event draws nearly 300,000 visitors from all over the country as one of the biggest LGBT events in the United States.